Ways to use machine learning in your business

The opinion of a Swiss IT service provider on the subject of 'what you can do with machine learning'.

Machine learning is a branch of artificial intelligence that enables computers to learn from data without being explicitly programmed. It has been successfully applied in a variety of areas, including image recognition, natural language processing and predictive modelling. In the context of predictive modelling, machine learning can be used to create models that can predict the future behaviour of a given system. These models can be used to make informed decisions, such as which products to recommend to a customer or which advertisements to display to him.

Machine learning is a process by which a computer system can learn to recognise patterns in data and make predictions about future events. It is a type of artificial intelligence that allows a computer to learn without being explicitly programmed.

Types of use of machine learning

A time series is a sequence of data points, usually measured at successive points in time. Time series analysis is the process of analysing this sequence to identify patterns and trends.

One of the most popular machine learning algorithms for time series analysis is the ARIMA algorithm (Autoregressive Integrated Moving Average). This algorithm uses historical data to build a model of how the time series behaves. This model can then be used to predict future values in the sequence.

Another popular machine learning algorithm for time series analysis is the Support Vector Machine (SVM). This algorithm can be used to detect patterns in time series data. It can also be used to predict future values in a sequence.

There are many other machine learning algorithms that can be used for time series analysis. Each algorithm has its own strengths and weaknesses. It is important to choose the right algorithm for the task at hand.

NLP is a branch of computer science and linguistics that deals with the interaction between computers and human languages and the translation of natural language texts into formal representations. NLP is also concerned with the ability of computers to understand and respond to human language in ways that are natural to humans.

One of the best-known applications of machine learning is speech recognition. This technology is used in a wide range of applications, from voice-controlled assistants such as Siri and Alexa to the automatic transcription of meeting recordings.

The basic principle of speech recognition is to take a recording of a person speaking and use machine learning algorithms to identify the individual words spoken. This is done by training a machine learning algorithm with a large data set of speech recordings. The algorithm is then able to identify the individual spoken words in a new recording by comparing them to the training dataset.

The basic principle of text recognition is to take an image of a text and use machine learning algorithms to identify the individual characters in the text. To do this, a machine learning algorithm is trained with a large data set of text images. The algorithm is then able to identify the individual characters in a new text image by comparing it to the training dataset.

One of the most fundamental tasks in machine learning is object recognition: the ability to take an image of a person or object and identify what it is. This task is surprisingly difficult for computers, for it requires an understanding of the three-dimensional structure of the world. However, with the help of powerful machine learning algorithms, computers can be taught to recognise objects with a high degree of accuracy.

A common approach to object recognition is the use of a deep neural network. This is a type of machine learning algorithm that consists of many layers, each designed to learn a different aspect of the input data. When you train a deep neural network, you give it a large dataset with images of objects along with their labels (e.g. "person", "car", etc.). The network then learns to recognise these objects by identifying patterns in the data.

Once the network is trained, you can use it to recognise objects in new images. Just give the network an image of an object and it will output the label for that object. Deep neural networks can also be used for localisation, i.e. they can identify the position of objects in an image. This can be useful for tasks like automatic image labelling, where you want to generate a label that describes the content of an image.

Machine learning can be used for image classification, e.g. to distinguish between different species of animals or plants. The image is divided into small blocks and a machine learning algorithm is used to learn the features of each block. The algorithm is then used to classify new images.

With this approach, an "intelligent" camera can be developed that can distinguish between different types of objects. The camera can be used for identification, e.g. to determine the species of a plant or animal.

This approach can be used to develop an "intelligent" security camera that can recognise the faces of people who are not authorised to enter the building.

One approach to text classification is to use a machine learning algorithm to learn a model that can be used to predict the category of a text. This model can be trained with a dataset of texts that have been manually categorised.

Here, the computer is left to its own devices and learns from the data, without help or instructions from humans. It's a bit like leaving it in a room full of toys and telling it to play. The computer analyses the data it receives and tries to find patterns and relationships between them. It then uses these patterns to make predictions about future data.

Machine learning algorithms can be used for reinforcement learning (RL). This is a type of learning algorithm by which machines learn how to achieve a goal or task through a process of trial and error. In reinforcement learning, the machine receives feedback after each trial and learns which actions lead to the desired result. RL algorithms can be used to learn how to solve problems, control robots and even play games.

One of the great advantages of machine learning is that it can be used to learn how to do something even when very little data is available. This is called "semi-supervised learning". For example, let's say you want to learn how to recognise pictures of cats. You could collect many pictures of cats and use them to train a machine learning algorithm. But you could also use the algorithm to recognise pictures of cats, even if you only have a few pictures of cats. The algorithm would do this by using the pictures of cats you have, as well as all the other pictures in the world, to "teach" them. It would then use its knowledge of the different types of images to guess which images are cats. This is a very powerful technique that can be used for all sorts of tasks, such as recognising objects in pictures or videos, or understanding text.

Machine learning is a field of computer science and artificial intelligence that deals with the design and development of algorithms that can learn from data without being explicitly programmed.

Deep learning is a branch of machine learning in which artificial neural networks learn in a hierarchical way, similar to how the brain learns. Deep learning networks can be trained to recognise patterns in data and make predictions about future events.

Deep learning networks have proven to be very effective in tasks such as image recognition, natural language processing and machine translation.

Algorithms for machine learning are often divided into supervised and unsupervised algorithms. Convolutional neural networks (CNNs) are a type of neural network that is particularly well suited for supervised learning tasks, such as image recognition. CNNs consist of a number of layers, each of which consists of a number of neurons. The first layer of a CNN is usually a convolutional layer, which is responsible for extracting features from the input data. Subsequent layers usually consist of rectifier neurons, which are responsible for increasing the complexity of the features extracted from the previous layer.

CNNs are particularly well suited for image recognition tasks, as they are able to learn the features that are important for recognising objects in images. For example, a CNN can learn to recognise the edges and corners of objects in images, as well as the texture of these objects. This information can be used to identify objects in images with a high degree of accuracy.

A recurrent neural network (RNN) is a neural network with feedback loops that enable it to remember information. This makes them well suited for tasks such as language processing, where they can learn the structure of language over time.

RNNs consist of a series of interconnected neurons, each of which can be considered a "state". The network can pass information between these states, so it can remember things over time. This makes them well suited to tasks such as language processing, where the structure of language changes over time.

RNNs are also good for tasks such as prediction and classification, where the input data may vary over time.

Which frontend framework should you use for your next project?

What is artificial intelligence and what will it mean for the future? 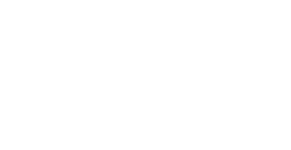 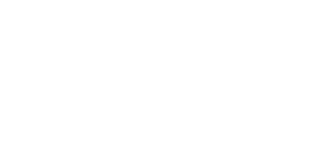