Software that can understand and interpret images and videos

We are computer vision / OCR experts from Switzerland

Our references in Computer Vision / OCR. 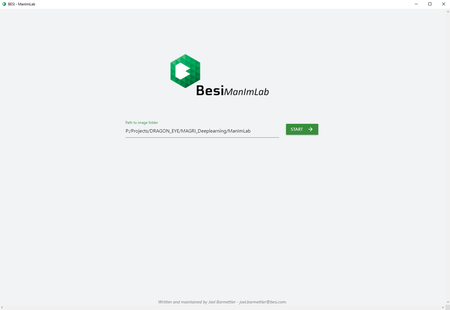 Use of machine learning / deep learning for automated quality assurance 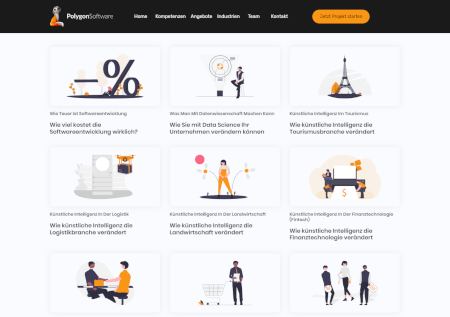 Case study: An AI blogs for us

We have our tech blog written entirely by an AI 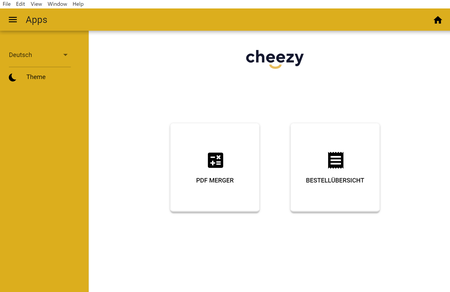 Digitalisation in the department stores' and shipping 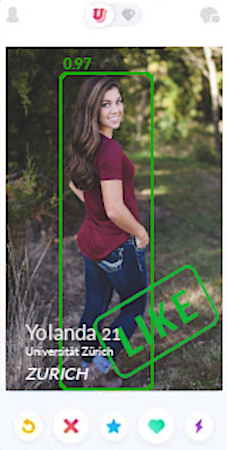 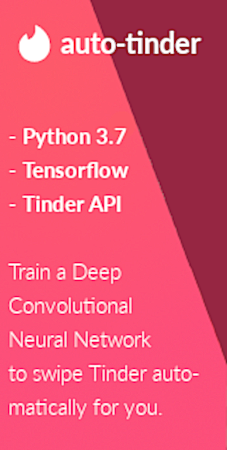 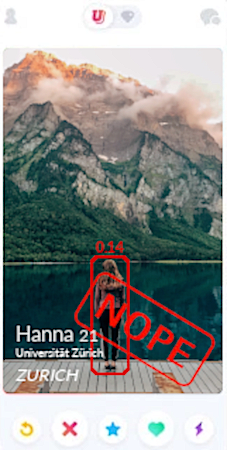 We trained an AI that learns preferences and swiped Tinder 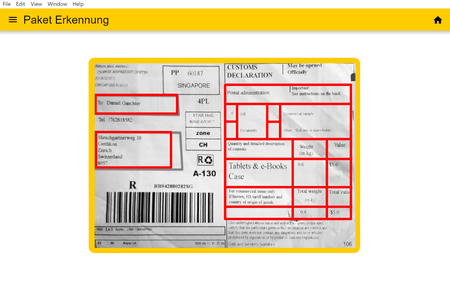 Images are easy for humans to interpret, but for a computer they are just huge matrices of numbers. Computer vision algorithms can nevertheless extract information from images and act accordingly.

What we understand by a picture is for the computer nothing more than a huge table with numbers describing colours. Extracting information from pictures is very simple for us humans: a composition of two eyes, a nose and a mouth represents a face. But what exactly we make an eye, a nose or a mouth out of is difficult to define. Until recently, teaching a computer what such a table of numbers must look like in order to describe an eye was an almost impossible task.

But the field of computer vision is one of the fastest developing areas of the software industry. Computer vision benefits from advances in the fields of machine learning and artificial intelligence. Today, for example, computer vision algorithms can independently learn what a human face looks like based on thousands of examples and then independently identify a face in an image that has never been seen.

Humans are very visual creatures - so the primary conveyance of information in the non-digital world is also based on visual impressions: Text, charts, tables, representations, pictograms and more. Machines that want to operate in the world of humans must be able to interpret their information. A good example from everyday life for computer vision is the Swiss parcel post: parcels from abroad come with non-standardised labels on which the contents of the parcel including price and quantity information, the sender and the recipient are declared. All this information is relevant for Swiss customs to determine the customs conditions for the parcel: Are there goods in the parcel that always have to be cleared through customs? Is the total price of the parcel above a threshold above which customs clearance is required? Is the sender from a region that always requires customs duties?

Such a decision requires a human eye, which interprets the label on the parcel, determines which table describes the contents, which text describes the sender's address and compares all this information with a table of rules. Computer vision can automate just such a process: Using Line Recognition and Interpretation, the table on the label can be recognised. By means of OCR the contents of the table fields are read and interpreted. The arrangement of the fields can be used to infer where the table with the content information is located. Continuous texts can be compared with an address directory using Natural-Language-Processing. After only a few seconds, you have a fully automated decision without human intervention.

PolygonSoftware specialises in some sub-disciplines of computer vision.

One of the most important areas of computer vision is the field of Optical Character Recognition, OCR. It deals with reading and digitising any form of text. From screenshots to hand-scribbled notes, OCR can be used to identify and digitise any kind of text in images. Optical Character Recognition is one of the oldest fields of computer vision and has long been used by Swiss Post to recognise the address on a letter or parcel.

By detecting lines and shapes, the content of an image is identified. The initial situation that patterns in an image can be detected are a certain pre-assurance for the later appearance of the image. For example, the road course of a self-driving car can be found by identifying relatively straight white lines leading away from the car on a dark background. The interpretation of tables on international parcels also represents a similar example.

By showing a smart algorithm thousands and thousands of examples of an object, the computer can learn the visual characteristics. This allows the algorithm to later recognise the same objects in never-before-seen images. This is done using an artificial intelligence discipline called deep learning, which is based on neural networks. Such an algorithm can also be trained to distinguish between different objects. This leads to a computer being able to decide on the basis of an image whether the object shown belongs to one category or another. For example, objects on conveyor belts can be sorted or documents classified.

Anomaly detection is also a technique in the field of computer vision built on "deep learning". It focuses on learning the characteristics of an image from a set of similar-looking images and then independently recognising when a new image has faulty characteristics. This technique is particularly interesting for production facilities that want to sort out defective products or identify broken products. By photographing hundreds of intact plates on the conveyor belt and showing them to the algorithm for training, the algorithm can later determine that something is wrong with a plate with a small crack.